The Cobra Story A Man, His Dream, and his Automobile By Carroll Shelby 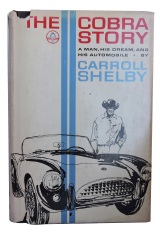 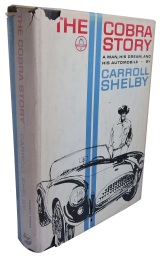 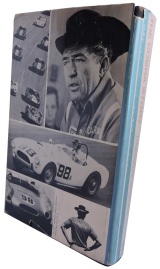 A Man, His Dream, and his Automobile

As told to John Bentley

Published in 1965 by Trident Press in New York

Believed to be a first edition.

Originally owned by Hans Tanner who was an automotive historian, author and an editor at Peterson Publishing. He committed a rather shocking suicide in 2013. Much of his automobilia collection was either given (back) to the Petersen museum or sold at a Public Administrator’s auction. This book was bought by Ed Niles, who subsequently sold it to its current owner.

The book is signed as follows:

To Hans, From the Reul to our 1st million (I hope)

Book has minor damage to the dust cover, and a spot of damage on the cover that goes through to several pages (about 6-7).